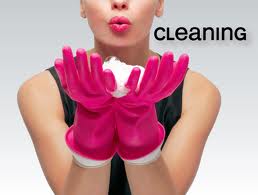 I am by nature a neat and orderly person. I have always been this way. Blame it on my genes. I was folding receiving blankets in the hospital nursery shortly after my birth. I feel a primal urge to straighten, neaten, organize, and tidy clutter of any kind—in my house, your house, even department store dressing rooms. I think my natural neatness is a charming facet of my personality. Not everyone agrees.

Occasionally, I feel the urge to tidy-up real live people. When I encounter young men wearing low-riding pants, for example, which display their underwear to grandmothers, nuns, and preschoolers alike, I feel a strong compulsion to tuck their shirts in, pull their pants up, tighten their belts, and generally boss them around a bit.

I don’t, of course. It would embarrass my children. Also, I might get shot or arrested, and that would interfere with a number of fun social outings I have planned with my friends. The point is: I think about doing it.

Just this week, while I was having my hair cut, a woman came in to the salon to apply for a job. Like every other Southern woman in the joint, I openly eavesdropped on her interview with the owner.

It didn’t go well. First of all, the woman was smacking a huge wad of gum when she walked in the door. She was really enjoying it, too. When she blew bubbles, it was apparent to all that she could use some dental work. I did not feel optimistic about her chances of being able to afford that, based on her salon interview.  She had chosen a T-shirt urging others to “get a life” to wear to the interview. Her hair was piled haphazardly on her head and secured with a chip clip. Clearly, she was not worried about first impressions.

I wouldn’t have hired her for anything. All those messy details are a sign from God. If this was the effort she expended for a job interview, I can’t imagine what she’d do on days when her kids are sick, her car won’t start, it’s raining so hard the kids are wearing life vests, and her husband is needling her last nerve.

It took every atom of self-control I’ve amassed in my life to remain under that cape in my salon chair with my mouth closed. I’m telling you—I could have changed her life if she’d solicited my counsel. However, she didn’t ask for my opinion, and I have nice manners, so I didn’t offer any pearls of wisdom. Not everyone has been taught to interview properly, you know. I was tempted to offer to mentor her myself, but, instead, I minded my own business. I’m not sure I made the right decision.

I could have changed her life—just by tidying her up. I don’t know why some people are so disparaging about neat freaks. Messy people are plenty excited when neat freaks like me know just where to find: the security code to silence a blaring alarm, a copy of the flood insurance when the water starts rising, batteries for the television remote right before the SEC championship game kicks off, a Living Will when there’s talk of pulling the plug, emergency cash to bail someone out of jail, and shotgun shells for . . . whatever needs shooting. My neatness obsession benefits my family and friends—even perfect strangers.

Invite me over to vent about your cheating husband, and I’ll advise you AND organize your kitchen spices. When I am worried, I clean out my bedroom closet. It gives me a sense of control over something in my life, albeit a small thing. Try it. There is nothing like instant gratification to give your brain a tiny adrenaline rush of satisfaction; it’s the same feeling you get when you pop a chocolate truffle in your mouth.

I believe that we are who we are from birth. I come down on the side of nature in the nature v. nurture debate. I think the “nurture” part is just what well-mannered humans do to manage our natural tendencies to resolve our differences by bonking each other on the head. Nevertheless, DNA is no excuse for bad behavior.

Unfortunately, I live with three teenagers who did not inherit my neat-freak trait. I have tried to overcome Mother Nature’s hardwiring with a variety of time-tested social conditioning tools—fussing, nagging, yelling, begging, bartering, cajoling, and bribing—with little success.

As a result, we have a volatile mix living under one roof: messy kids and a neat-freak mom. Nothing good comes from that. Every day, when I wake up and wade through the detritus of my children’s rooms where half-eaten sandwiches, empty water bottles, candy wrappers, dirty socks, cell phone chargers, smelly shoes, hair ties, athletic equipment, musical instruments, half-finished homework assignments, and other items, which do not belong on the floor but seem to end up there on a regular basis anyway, it infuriates me anew.

The whole neatness conversation makes me want to take to my bed with a cold cloth on my forehead. Life doesn’t have to be this messy. Sadly, it usually is—literally and metaphorically.